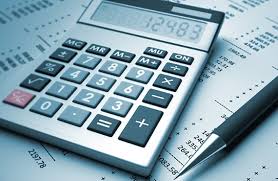 Here’s why your retirement nest egg should have additional funds

Americans are living longer, which means additional years of retirement you need to save up for.

1. Life expectancies have increased. In the 1950s, the average American life expectancy was 68 years. Today it is 79 years. In other words, we’re living a decade longer than our parents did, and most of those extra years occur during retirement. Of course, for the most part, this is a good thing. But it does mean we have to finance another ten years of retirement at a time when we’re still spending money but no longer earning a paycheck.

2. Social Security doesn’t pay as well. In 1983, President Reagan and Congress made a deal tooverhaul the Social Security system. For the first time, benefits were subject to federal income tax. Some states also tax benefits. In addition, the retirement age was raised for future beneficiaries. So now the full retirement age (the age you qualify for full benefits) for people born between 1943 and 1954 is 66 instead of 65. For people born after 1954 the full retirement age will gradually increase until it reaches 67 for those born after 1959. The results of these changes: Some of our current benefits are taken back in taxes, and our lifetime benefits are curtailed because we start receiving them a year or two later.

3. The pension system has changed. In recent years many private corporations have shifted from defined benefit plans to defined contribution plans. This means that companies are willing to chip in to your retirement fund through 401(k) plans or similar types of retirement accounts, but they are no longer taking the responsibility for providing you with a guaranteed income for life. Now, to afford a good retirement, it’s up to you to save enough money, invest it wisely and avoid all the financial pitfalls that can jeopardize your future income.

4. Out of pocket health care costs are going up. Over the last couple of decades health care costs have increased at two and three times the rate of general inflation. Even today, with inflation close to zero, medical expenses are increasing at a rate of 2 to 4 percent. The cost of medical care has gone up, deductibles have grown, the cost of insurance has increased and retiree out-of-pocket health costs have been rising, again resulting in a need for more wealth at retirement.

5. Interest rates are low. For the past half dozen years the Federal Reserve has kept interest rates artificially low, which presumably helps the economy by encouraging people to buy cars and houses. But this comes at a cost to people who have saved up money for retirement. The interest you get from a ten-year bond, or the dividend you receive from S&P stocks, is less than 2 percent. Your parents could put money in the bank and draw 5 percent interest. The rate you get from a bank today is virtually zero. So no matter how you invest it, you need more wealth to generate a given stream of income.

6. The kids may be out of the house, but not off the payroll. A lot of adult children have moved back home due to financial pressures. According to a survey by Pew Research, some 36 percent of 18 to 31-year-olds were still living at home in 2012. But even if the kids have moved out, a lot of parents still want to help – whether it’s helping to pay off college loans, subsidizing their rent, paying travel costs for family reunions or contributing to college funds for the grandchildren. All these activities come from a generous place in the heart, but they all cost money and create yet another burden for your retirement nest egg.

Not all these issues affect every retiree, and some of them are voluntary. But retirement is now a different experience compared to when your parents were traveling the same path.