A Workable Solution for Baby Boomers Near Retirement 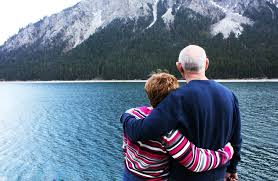 Worried about having enough saved for retirement? Here’s a simple approach: work just a few years longer. By accumulating more savings and shortening your withdrawal period, you’ll reduce the lump sum needed to generate the necessary income at retirement.

Surveys show that most baby boomers plan to work in some capacity during their retirement years. The question is, should you keep working a little longer at your primary career (that is, delay retirement), or should you retire early and go back to work doing something different?

Boomers who are tired of their jobs are naturally eager to get out of the rat race and do something more enjoyable and fulfilling. But there is pretty convincing evidence why working in one’s primary career just a few years longer can make a huge difference in the amount of money a retiree has available in retirement.

In a report titled “Retirement Age and the Need for Saving,” The Congressional Budget Office analyzed the impact of retirement age on the total assets needed in retirement. Here is the conclusion:

Every additional year of work leaves members of a household with more income, a shorter retirement to finance out of pocket, more time to save and earn returns, and higher Social Security benefits. Taken together, those factors can substantially reduce the private assets that the members of the household need to accumulate to maintain their working-age standard of living in retirement.

Consider a married couple in their early 60s earning $77,000 per year • roughly the median pretax income of married households ages 55 to 64. After paying federal and state income taxes and Social Security taxes, the couple takes home about $58,600 in annual income. To replace 80% of their income in retirement, they will need $46,900 in after-tax income.

If both spouses retire at age 62, the couple will receive about $20,100 in Social Security benefits annually. This means they will need another $26,800 of after-tax income per year. The CBO estimates that it would take a lump sum of about $510,800 at age 62 to generate the necessary income.

If the couple were to retire one year later, at age 63, their annual Social Security benefits will increase to about $21,600, so they would need to finance $25,200 per year after taxes themselves. In this case the required lump sum drops to $465,000. The amount the couple needs to accumulate continues to decline for each year that they delay retirement, to about $298,400 if they retire at age 66 and to about $117,700 if they retire at age 70.

Leading-edge boomers who are worried that they’ll never have enough saved may be glad to know that working longer offers a simple solution to the retirement dilemma. You need not work forever — just a few more years. Doing so allows you to both save more and reduce the amount of personal assets needed.

OK then, if working is the solution to retirement, what about taking up a new line of work after leaving one’s primary job? The problem here is that post-retirement jobs generally don’t pay very much. Fun jobs, such as fly fishing guide or tour director, pay very little, while skilled jobs in a different field, such as teaching or nursing, may require costly training and will likely start at the bottom of an already-low pay scale. Among the current generation of retirees the most common type of job by far is the one the retiree didn’t plan for — the Wal-Mart greeter or Home Depot clerk who had to go back to work to make ends meet. These older folks may indeed enjoy their jobs, but you can be sure they don’t make very much money. Boomers have the opportunity to escape that fate by working just a little longer at the front end of their retirement years.

• More salary to save and invest or pay down debt. Pre-retirees at the peak of their careers can make substantial contributions to their retirement and investment accounts and still enjoy many more years of compound growth on those assets. Alternatively (or in combination), they can dedicate a chunk of their income to debt reduction, thereby lowering their expenses in retirement.

• Higher Social Security benefits. Applying for Social Security benefits at full retirement age (66 for anyone born between 1943 and 1954) produces a 25% higher benefit than applying for early benefits at age 62. Waiting until age 70 more than doubles the benefit compared to the amount available at age 62. And since Social Security is based on the highest 35 years of earnings, boomers who took time out of the work force or had low-paying jobs early in their careers can boost their primary insurance amount by replacing those low- or zero-earning years with the high-earning years they are enjoying now. (This especially applies to women.)

• Higher pension benefits. Whether a preretiree participates in a traditional pension plan with benefits based on salary and years of service, or a 401(k) plan with an employer match, working longer will, in most cases, boost those benefits and result in more assets to draw from in retirement.

• Save on health insurance premiums. Retirees who go from an employer-sponsored health plan straight to Medicare at age 65 can avoid the high cost of individual health insurance during ages 55-64.

Working longer will not be a solution for everyone. Some people are forced into retirement by their employers or for health reasons. Those who are set with generous pensions, substantial personal assets, and employer-sponsored health insurance may have the luxury of not working at all

But boomers who are at the peak of their careers — especially those who have not saved as much as they’ll need to finance a comfortable retirement — may be glad to know that staying in the work force just a little longer can make a significant difference in the amount they’ll need to save. Then they can explore some of those interesting encore careers that will give meaning to the rest of their lives.