Love Your Heart This Valentine’s Day 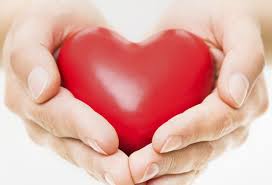 Hearts are synonymous with Valentine’s Day, and February is the perfect time to love your heart for American Heart Month.

Heart disease is the leading cause of death in the United States, affecting one in four people every year. For women, that number is one in three. Mississippi ranks first in the nation for cardiovascular disease related deaths, with a rate of 250 deaths per 1,000 population annually.

It’s an epidemic that has affected hundreds of thousands of people, regardless of age, sex, or race. It’s not just a man’s disease anymore.

The Southeast – especially Mississippi and its neighboring states – lead the nation in heart disease deaths, with rates nearly half as high as the national average.

Mississippi, named America’s unhealthiest state in 2014 by America’s Health Rankings for the third year in a row, ranks poorly in obesity (No. 49), physical activity (No. 50) and smoking
(No. 47). All of these factors play a major role in heart disease, which despite being down 38% across the nation since 1990, is still responsible for the death of 25% of Mississippians each year according to the Mississippi State Department of Health’s Vital Statistics Bureau.

For the last decade, the American Heart Association’s “Go Red” campaign has helped raise awareness of the No.1 killer of women: heart disease, which is deadlier than all forms of cancer combined. The majority of deaths due to heart disease can be prevented, but despite progress in awareness and prevention, the financial burden of heart disease and stroke is about $300 billion a year. It’s time we start looking at a cheaper way to live longer.

Eating the right foods is a good start. The Mediterranean diet, rich in fruits, vegetables, whole grains, and fish, has been shown to help reduce the risk of heart disease and cancer. The DASH diet, developed by the National Institutes of Health, is a simple eating plan that can lower your blood pressure and help you lose weight and stay healthy for a lifetime.

Along with the right diet, maintaining an exercise regimen has been shown to decrease the risk of heart-related diseases. The recommended 30 – 60 minutes at least three times a week can help keep your weight under control and reduce the chances of developing life-threatening issues such as high blood pressure and diabetes.

If you are a smoker, kicking the habit is not easy, but it could save your life. The chemicals found in tobacco are not only addictive, but lethal: about one in five deaths can be attributed to smoking. There is good news – after one year of not smoking, your risk for a heart attack falls dramatically, and after 10 years the risk of developing lung cancer drops by half.

Before taking steps to improve your heart and your health, talk to your family doctor. Regular checkups can help maintain healthy blood pressure and cholesterol, which reduce your risk of developing heart-related issues in the future.