No-Regrets Lessons From a Man at Death’s Door 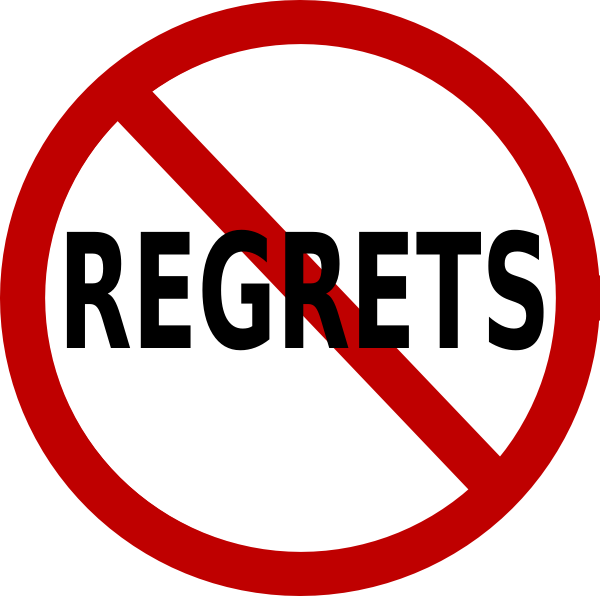 What would happen if your earliest childhood dreams actually powered your life and business plans? What if you integrated fun into your weekly, monthly, and life goals? If you’re spending time on things that don’t matter, here’s a chance to rethink your plan.

What life lessons would you share with the world if you had just months to live? For Professor Randy Pausch, a 47-year-old omputer science professor at Carnegie Mellon, this became more than just an academic question.

Prior to his death from pancreatic cancer in 2008, a video of Pausch’s life-affirming Last Lecture went viral online, inspiring millions and making Pausch an internet celebrity. The Lecture—a paean to honoring personal goals and fidelity to oneself as a means to achievement—went on to garner highprofile media attention everywhere from Oprah to the Wall Street Journal.

Pausch called his lecture “Really Achieving Your Childhood Dreams,” and in it he recalled his childhood aspirations and how he achieved them.

It’s riveting to see Pausch reflect on life—and face death—with no regrets. “How could this be?” we wonder. “He wasn’t even 50; didn’t he have a ton of things to get done?”

Pausch gave that rare example of what life can be like if you set your priorities and never waver from pursuing them. His demeanor suggested this kind of follow-through might not only lead to success, but actually might help you achieve peace. Like Lou Gehrig’s farewell—to which Pausch’s speech has been compared—Pausch’s lecture offers lessons the rest of us might use to create an inspiring plan for our businesses and our lives. Here are some highlights from what he had to say:

• Set concrete goals. The key to living your dreams is to home in on specific goals. For example, like many kids, Pausch dreamed of being an astronaut. Like most kids, he never ended up joining NASA’s elite astronaut corps. But that didn’t mean the dream was over. Along with some of his students, Pausch had the opportunity to experience zero gravity aboard a NASA test plane. For 25 seconds, Pausch experienced the key appeal of this universal childhood dream. “I realized I didn’t want the whole astronaut thing; I just wanted the floating,” Pausch said. (For under $4K, you can float in thin air too). What are your childhood dreams? What is their specific appeal? Why do you want to make them come true? The first step toward making them happen is to write them down and incorporate them as the foundation of your planning.

• Give yourself permission to dream. One of Pausch’s childhood fantasies was to be the cool guy who wins the giant stuffed animal at the carnival. When he grew up, Pausch went on to live this boy’s dream of manhood by winning over a dozen of the big, fuzzy, adorable critters. He would have the prizes brought out and given to audience members during his presentation, using them to illustrate the power of manifesting childhood dreams. Though he was a mature professor at an elite institution, his boyhood fantasy was still a part of him, and he was proud to have achieved it. The dreams we have as kids never really go away, Pausch contended, they just get buried under all of the adult stuff. Remember Citizen Kane? In the end, the brightest symbol of life for Orson Welles’s newspaper magnate was his childhood sled. When your time comes, what will be your “Rosebud”? Remember how vivid your childhood imagination was? Visualization is a powerful, proven tool of success.

• Brick walls serve a purpose. Another dream Pausch had was to be one of Disney’s “Imagineers,” those who design rides for the world-famous amusement parks. He applied but was rejected by the mouse house. Several years later, though, his work in videogaming and virtual reality caught Disney’s eye, and he was recruited to be a consultant for theme park rides. As personal as every obstacle feels in the moment, hitting roadblocks is a universal experience. “The brick walls are there for a reason, not to keep us out but to give us a chance to show how bad we want something,” Pausch said. “They are there to stop people who don’t want it badly enough.” In preparing your business plan, you need to decide what you want, and how bad you want it. Can you learn from your mistakes? Can you persevere even after the other guys and gals call it quits? Experience is what you get when you don’t get what you want. And hard-won experience is the most valuable commodity in any market.

• Decide what you really want to “sell.” While Pausch was a computer science professor and not a small business owner, he still understood the concept of selling. His career involved an ongoing process of selling others on ideas to get funding for virtual reality projects. “If you are going to sell, and are good at it, you might as well sell something worthwhile, like education,” Pausch said. Do you believe in what you’re selling? Pausch, singling out educators, also said the best gift a teacher can give is to reach out to students and encourage them to selfreflect. Perhaps your professional positioning, or even an event in your personal life, offers opportunities to be an educator or mentor. Are you getting people in your life to think more broadly about their lives and possibilities?

• Take care of yourself. The old remonstrance that “the cobbler’s children have no shoes” can often be leveled at consultants, small business owners, and public professionals of every stripe. You may be so busy helping clients with their plans that your own house is no longer in order (if it ever was). You might be hale enough to work 80 hour weeks, but what are you doing to your long-term health—and family life? You might be handling lots of revenue, but are you secretly killing your business? It’s not enough to look like a success; you need to feel like one. And to feel like one, you need to take care of yourself. During his presentation, to lots of audience applause, Pausch would remarkably perform one-handed push-ups, demonstrating how a lifelong fitness regimen had kept him strong despite relentless cancer treatments. What are you doing to maintain your health? From an exercise plan to a new diet, to adopting relaxation strategies, there’s plenty you can do to stay in top shape, physically and mentally. Don’t wait for bad news to kick you into a healthier lifestyle.

• Build some fun into your plan. After his diagnosis, Pausch went with his son to swim with dolphins, trick-or-treated with his family while dressed as Mr. Incredible, and otherwise packed all the quality time in that he could. He even found the time to update his web page with his adventures. “I’m dying and I’m having fun and I’m going to keep having fun every day I have left because there’s no other way to play it,” Pausch said. It’s important to put fun into your plan. You can’t put off being happy. So try to combine business with as much pleasure as you can.

• Enable others to dream. Whether you’re a rookie or mid-career, if you’re struggling to make your way, don’t be afraid to ask for help and cultivate a relationship with a mentor in your field. Likewise, if you’ve achieved some success, you’ll find it’s gratifying to empower someone else through your experience. You owe it to yourself to realize your dreams, said Pausch, but “it’s even more fun” to help others achieve theirs—whether those others are your clients, your customers, your colleagues, or your own kids. Wouldn’t you like that to be part of your legacy?

By Edward E. Klink
Edward Klink is a writer for the New York-based
Horsesmouth, an independent organization providing
unique, unbiased insight into the most critical issues
facing financial advisors and their clients.