Retirement: It’s not all about the money 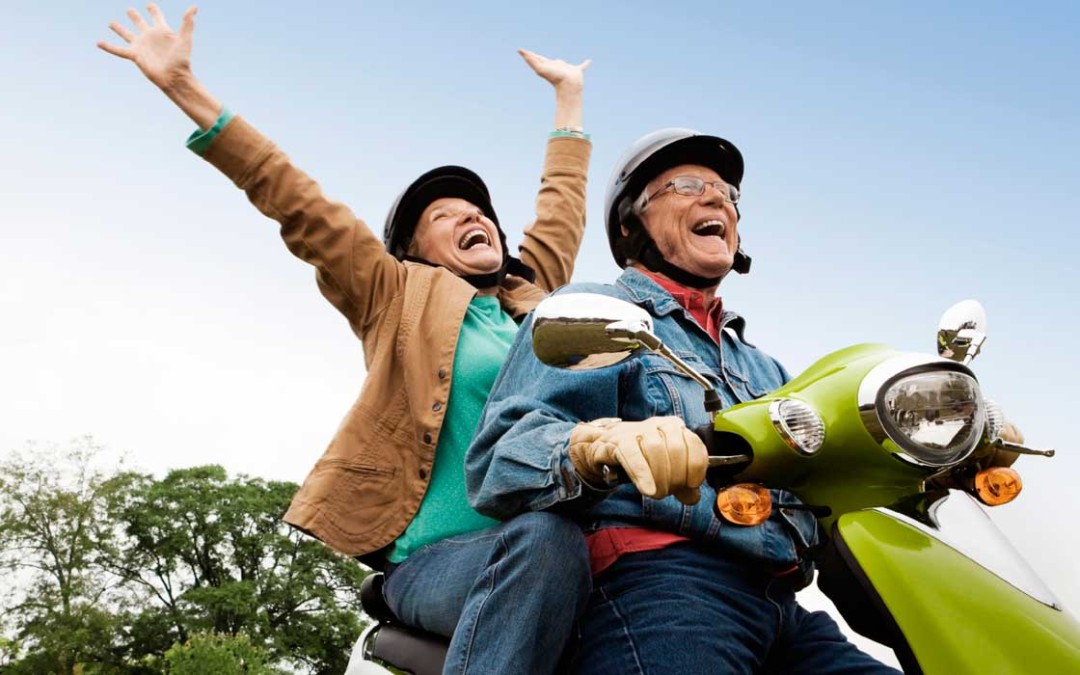 When Barbara Mathews had the chance to retire three years early, she took it. Life, she says, “is a precious gift.”

After a 25-year career spent carefully budgeting and saving, the former Toronto visual arts teacher didn’t want to spend another moment on someone else’s terms. She knows too well that life can be too short. Her grandmother was killed in the Holocaust; her father, also a teacher – “my hero” – died of a stroke just a year after he retired.

“I don’t want to suddenly die and not have lived a little bit,” says Ms. Mathews, 55.

But early retirement meant another sacrifice – she took a 25-per-cent cut in pension income. It’s not much, but it puts a squeeze on what she hopes will be a long retirement with her husband, Bruce, another ex-teacher. As the couple enjoy their dream retirement – long walks, painting, some travel – they’ve also begun to look after their surviving parents, and their two millennial children have moved back home after facing a tough job market.

So there’s a nagging voice in the back of their heads: What if they spend too much too early?

Once retirement begins, the consequences of overspending become more dire. It can translate into less cash flow for retirees later on, or worse, they might even outlive their money. These over-spenders face two choices, neither of which are pleasant: shape up and fix the pattern, or start looking for more income – maybe even another stab at work.

Even for people with ironclad pensions, such as Mr. and Ms. Mathews, the spectre of dwindling cash flow is increasingly worrisome as Canadians live longer lives.

Peter Watson, an Oakville, Ont.-based financial planner, has a warning for the latest generation facing retirement: “The legacy of the baby boomers is that we will be known for outliving our capital,” he says. “Life, it turns out for many of us, is going to be very long. And long lives are expensive.”

The first step to fixing overspending is acknowledging there’s a problem in the first place. “Every client, every year, needs to have retirement cash-flow projections,” Mr. Watson says. That catches where any overspending might be happening, and gives clients a reality check about how they need to change their habits so they don’t drain their coffers.

“It’s about being willing to do what it takes,” says certified financial planner Sheila Walkington, the Vancouver-based co-founder of Money Coaches Canada. “For us, it’s about helping clients be aware of how much money is coming in, prioritizing spending – and being willing to cut and make changes.”

Priorities take different shapes for different people, says Jason Pereira, senior financial consultant with Bennett March/IPC Investment Corp. in Toronto. Some people stay sane with a venti Starbucks coffee every day; others would rather spend their savings on a life-affirming annual getaway.

If something’s gotta give, he says, establishing priorities can help cash-crunched retirees figure out what they’re most comfortable cutting. “I’m not here to judge you on where you spend your money, or how, but you’ve got to find it,” he says.

It’s possible to feel destitute when forced to cost-cut, but Mr. Pereira is quick to remind people of the assets they still have: “If you’ve got a paid-off house worth a million bucks and the taxes are eating you up, you still have a million-dollar house.”

The Mathews family could rent out part of their six-bedroom home, but, Ms. Mathews jokes, “we don’t want to have to deal with other peoples’ children.”

Instead, the couple have reconfigured their mortgage, cook mostly at home, and do a lot of bartering; Ms. Mathews, for instance, makes homemade skin cream to trade with friends. The couple lives off their teaching pensions, even if hers is smaller than it could be – while they have RRSPs, they want to draw them down only for home repairs and travel.

They plan on downsizing their home, but not for three to five years.

Those retirees lucky enough to have assets such as a house to downsize or rent in case of financial need are lucky, Mr. Pereira says. If they’re not so lucky, he continues, “you’ve got to live within your means, because there’s no other option.”

Many retirees have a strong financial plan, but debt and unexpected circumstances can take away that plan’s wiggle room. The Mathews still have a mortgage on their home the size of a car loan. And since their children moved back home, their grocery bill has gotten “a bit steep.”

The couple is part of the “sandwich generation,” as they find themselves looking after, in various capacities, both kids and parents late in life. This, too, experts say, is something today’s retirees need to consider when making their financial plans.

Being sandwiched by caretaking costs is easier to predict than sudden illness or injury, though. Retirees should always make sure to have a cushion built in to their portfolio in case they suffer from either; Mr. Watson suggests keeping it in a tax-free savings account for easy access.

Mr. and Ms. Mathews are happy to live frugally. Being retired allows them to spend more time with their aging parents, which is a significant tradeoff from working life. Meanwhile, they’ve begun to charge their children rent.

Ms. Mathews is happy she didn’t compromise on her early retirement; she still thinks of her late father, Irv Salsberg, and the retirement he didn’t get to enjoy. Still, she admits that she and her husband are still “finding the right balance for us.” At least for Ms. Mathews, balance includes the time to focus full-time on her first love: painting.

“It’s not all about money,” she says, “because you can’t take it with you.”

JOSH O’KANE
The Globe and Mail