What Do You Want to Be When You Grow Up? Retirement As Life 2.0 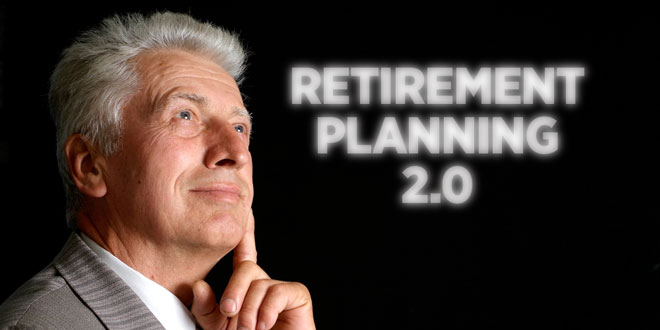 As a child, we all dreamed about what we wanted to be when we grow up. And now as we near retirement, it’s time to dream about our future once again.

Most of the focus on retirement planning is about stashing away money in your 401(k) and IRA, when to leave your job, and what the right age is to start taking Social Security.

That’s all crucial (we highly recommend a retirement checklist), but what people are forgetting is what they want to be and do when they grow up, says Seattle-based retirement expert Andy Landis, the author of When I Retire. The best retirement plans come from fulfillment in how you spend your time.

Landis, a lecturer who gives seminars to pre-retirees about Social Security and Medicare, says he has spoken to many people who don’t know what to do with themselves in retirement. That stress turns something great into a life crisis, instead of a rebirthing or renaissance process that it should be.

“It can be agony if you’re trying to figure out what to do and driving other people crazy,” Landis says. “I have heard of people getting into endless games of Solitaire, which is just a shame. You have all this knowledge that you built up over your entire career, and the world is crying out for these skills. Yet you don’t know what to do with yourself.”

The solution is having a life plan towards retirement not unlike the financial plan many of us have set up already. No matter how much money you’ve saved, you have to have a life to get up for, he says.

Landis uses a checklist with dozens of choices to see if it attracts people’s interest. It could be staffing a lighthouse or fire lookout tower for a summer. Others may be interested in going to school or visiting national parks.

Develop a plan of what to do in the first six months to a year, and then a plan for the next two to five years, and then a long-term plan when you’re ready, Landis says.

“This can ease that transition into retirement,” Landis says. “Instead of a difficult transition, it can be a time of eagerness — if you know what you want to be doing.”

Landis uses his own dad, John, as an example. He described his late father as someone who lived for work as a Type A personality. When he retired at 66, he planned to take road trips, take college classes, and learn about computers. But within a year, he died of a heart attack in front of his television.

“We found a bicycle with flat tires showing he had never used it,” Landis says. “There was no indication he took a road trip. Once he quit work, he didn’t have a life. I can’t say that having a plan would have saved him. It looks to me like he was bored with nothing to do and no drive left. Dying at 66 is not my plan for retirement.”

By making a plan ahead of retirement, you might find that it helps you figure out exactly when to stop working. One person Landis interviewed says he knew it was time to retire when his was getting in the way of what he really wanted to do. Not everyone focuses on something specific to do – one man, for example, told Landis that retirement was more about “what I’m going to be” instead of what he actually does with his time. For him, that was exciting to think about. (Need help? I’ve written about retirement coaches who can offer one-on-one counseling on this very topic.)

“I have a term called the ‘abundant retirement,'” Landis says. “It doesn’t necessarily mean you’re wealthy. I have seen people with abundant retirements with little or no money. They may be on public assistance, but they have a rich life. What we need to discover is what that means for each person as we head towards retirement. Hopefully, they can find what turns them on. They can find their passion. They find something that’s interesting to them that makes them interesting to other people, too.”

“When you take all of that away, when the job is gone, you’re kind of lost at sea,” Landis says. “Your job as a new retiree is to rebuild a life that meets those needs, with the socializing and the learning, the structure and goals, and the sense of accomplishment and recognition that the job gives you automatically. Now, you’ve got to do all of that yourself. People don’t know how to do it because it’s always been done for them.”

Most people stumble around for months or even a couple of years until they find it. For Landis, who is nearing retirement himself, says his going to be about cars and reading. He already started making that transition when he was working giving pre-retirement seminars.

“When I was laid off, I was given a blessing,” Landis says. “The blessing was that they told me six months before they eliminated my position that it probably was going to have to go. For those six months, I went through every emotion — the five stages of grief. Somewhere along the way I was walking into a seminar room to lead a seminar and I thought this is where I feel most alive in my life. I don’t know what I’m going to do next in my life, but it has to have this in it.”

If people are lucky enough to stumble on what they’re passionate about, it’s exciting, Landis says. But if all you think about is your past glories on the job, people may choose to turn on the TV and drink beer and do other things that aren’t healthy.

“It’s unique to find out what your true values are and what are your religious and spiritual values, and who are you really,” Landis says. “Who did you always want to be, and who did you mean to be? What were you always meant to do? Retirees are more spiritual than the rest of us, and the reason is that when you get the job out of the way, you have time to consider what’s important. It is a process of self-discovery that we all do in our lives, but we have way more opportunity to do in retirement.”

Choosing a path is even important to a marriage, because people are together on a regular basis compared to when one or both spouses had a job. Many relationships erode in retirement, Landis says, but many prosper as well because the couples rediscover each other.

“The idea is to plan and build a life that you want to live and maybe the life you always wanted to live or were meant to live and now you can actually design it,” Landis says. “You are the sculptor and symphony conductor that gets to piece this life together in the way you want. You spent the last 30 to 40 years doing what the boss wanted, and now you get to pick how you design your life. You’ve been given a tremendous gift — what are you going to do with that?”